HERO GEAR is OPEN for BUSINESS!!

We will continue to trade as normal through COVID-19 as we are not open to the public.

Please note: We use Australia Post for all deliveries. Some delays are expected for customers in Victoria as Border closures and lockdowns are making it harder for Postal workers to complete deliveries in the normal timeframe. 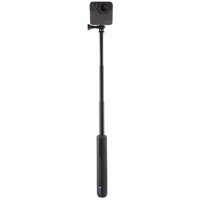 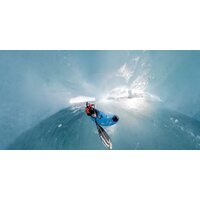 All Australian Stock and Warranty - Free STANDARD postage Australia Wide is included in the Price.

The GoPro Fusion captures spherical video and photos, recording everything so you can find the best shots later. Play it back in VR or use OverCapture to create traditional videos and photos you can share right on your phone (1). With ultra smooth stabilization and 5.2K video, Fusion is like having a professional film crew with you wherever you go.

(1) OverCapture is available on iPhone 7 with iOS 10 or later and Daydream-ready devices with Android 7.0 or later.

(2) Stitch lines will be visible in spherical content shot under water.

Capture incredible spherical video of everything around you by shooting in every direction at once.

OverCapture lets you frame and punch out the perfect shot from any angle to create amazing traditional videos right on your phone (1).

Control + Create With the GoPro App

Use your phone for shot preview and playback, OverCapture, editing spherical videos and sharing (1).

Play back spherical footage that brings everyone into the moment with you.

Immerse yourself in your VR content without stitch lines getting in the way (2).

The ultra versatile Fusion Grip was specially designed for shooting VR at just the right angle and distance. The built in tripod and extension pole help you set up and change shots on the fly.

Add your favourites to cart

Your purchase will be split into 4 payments, payable every 2 weeks

All you need to apply is to have a debit or credit card, to be over 18 years of age, and to be a resident of country offering Afterpay

Late fees and additional eligibility criteria apply. The first payment may be due at the time of purchase
For complete terms visit afterpay.com/terms